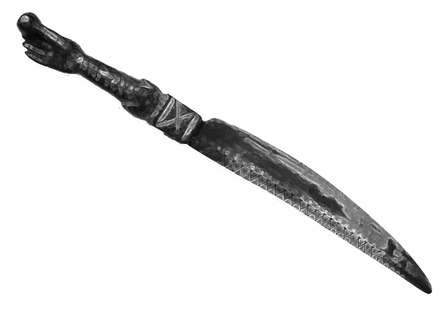 An audio version of this text can be found here.

Content warning: This page discusses torture and what would now be considered sexual violence.

The villagers of High Verley would understand, at least on some level, what would happen to accused witches: and the Larp Structure﻿ draws upon this knowledge. Accusing someone of witchcraft was not a decision to make lightly. But, witchcraft meant that the individual had made a pact with the Devil. If someone believed to be a witch continued to operate freely, this was highly dangerous for the community.

The trial of Mother Clarke
At Chelmsford in Essex, before Iudge Coniers, fourteene whereof were hanged on Friday last, Iuly 25. 1645.
The evidence of Mr. Long a Minister neere Colchester in Essex.
First, that as he was riding on the way, the shape of a red Dog passed by him, at which his blood did rise: and being passed a small distance, turned his face, his eyes appearing not like the eyes of any creature, his horse presently started, and never left kicking and flinging untill he threw him downe, but had no hurt. An old woman in the Towne called goodwife Clarke being mistrusted and examined before Sir Thomas Boes, confessed that she sent forth this spirit, with command to make the horse throw Mr. Long and breake his necke: and being demanded by Sir Thomas Boes what was the reason the Spirit did not performe her commands, she answered because the power of God was above the power of the Divel. But the horse did pine to death for his punishment.

(Mother Clarke was accused of trying to kill Mr Long, and failing but killing his horse. She confessed, and was hanged.)

At the same trial Rebecca West confessed to having carnal relations with the devil, but said she had been inducted into witchcraft by her mother who used her power to kill animals and children. Rebecca was spared; but her mother, Anne West, was hanged.

The people of High Verley believed in the danger of witches. Even the very few who disapproved of Hopkins and the way the witch trials were conducted believed that people, particularly women, could be tempted into having carnal knowledge with the devil, keeping familiars, and using strange powers to cause deaths of animals, failures of crops, miscarriages, and deaths of people they didn't like.

Witches were heretics. While it was of course important not to accuse the innocent of witchcraft, having a witch in your village put you and your family in grave danger.

Matthew Hopkins, self-styled witchfinder-general, would go to villages in East Anglia, often invited, to investigate possible witches. He would use his methods, detailed below, to determine whether someone was a witch and if so give evidence at the assizes (trials for serious crimes) which would often result in their death. Villages paid Hopkins an often considerable sum for his work.
​
Witchfinding and Trials

Please note: Although the villagers are aware to differing extents of these methods, and some will have them in their backstories, none of them will take place during the larp.

By the time that Hopkins was active, torture for it's own sake to obtain a confession was illegal. However, Hopkins argued that the methods he used were investigative. He would deprive a suspected witch of sleep, and often tether her or force her to stand in a painful position while keeping her under observation. His argument was that her familiar, an imp in the form of an animal, would need to visit her to feed from her; and observing that happening would be evidence of witchcraft. He would also try, often successfully to obtain a confession while the victim was sleep-deprived.

Another method he used was to cut the arm of the accused with a blunt knife, claiming that witches couldn't bleed.

A further witchfinding method in use, the swimming test, involved tying the accused witch to a chair, and dunking her into a river. The idea was that a witch would float as her body would reject the water of baptism. An innocent person would sink: and, although they were then retrieved from the water, accidents happened and they occasionally died. The more-educated characters would be aware that by 1645 there was a legal challenge against this method. 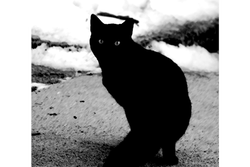 ​One of the more insidious methods was looking for a devil's mark where the devil or familiar drunk the blood of the accused witch. This involved stripping the accused and often shaving their body hair. They would be searched for a mark, and sometimes pricked with pins, as a numb spot on their body could also be evidence of a devil's mark. This was often carried out by local women who travelled with Hopkins.

Once guilt was established the witch was imprisoned. At this time, prisons were extremely unhealthy places, so this itself was an ordeal many did not survive. Those who did would then be forced to appear before the next assizes, where they were often sentenced to death by hanging.