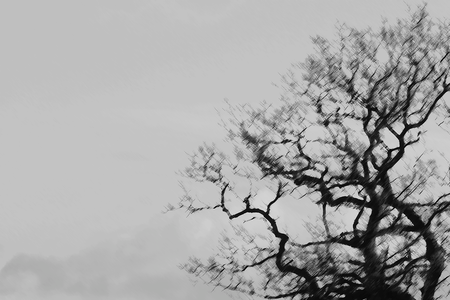 An audio version of this text can be found here.

King Charles I came to the throne of England 20 years ago. (He is also king of Scotland and of Ireland, but these are not yet joined to England/Wales in a united kingdom.)

Charles’s reign has been marked by conflict with Parliament. This elected body represents the interests of the merchant classes, and other wealthy but non-noble folk. The king has the power to call it together, and to dissolve it, as he pleases: but without it, his powers to impose taxes are very limited. The conflict is because the King believes that he should have the powers of an absolute monarch, to run the country according to his will: and Parliament wishes to restrict his powers, instead wanting the laws that they themselves pass to be the means of governing the country.

So a pattern arose where the King would need money, and so had to call a Parliament; the members argued with him about his powers; eventually a deal would be struck where they raised some tax for him in exchange for him surrendering some powers; then he would dissolve Parliament again before they could cause him any more trouble.

Eventually Parliament passed a law allowing it to call itself together if the King did not do so. This did not improve relations, and Charles attempted unsuccessfully to arrest five members of Parliament, in early 1642. From this point, open rebellion broke out in various places all across the country.

Both sides raised armies, and the next two years saw a series of battles across England. By the end of 1644, after heavy victories in the battles of Naseby and Langport, Parliamentary forces had conclusively defeated the King’s armies. At the time of this larp, Charles now only controls the far south-west of England, part of northern Wales, and a couple of fortified towns elsewhere. (In 1646, which is yet to come, he will be captured and imprisoned.)

Essex, where A Discovery of Witches takes place, was strongly Parliamentary from the start of the conflict. There were some Royalist sympathizers in the county, of course; but they never had any significant power or following.

This is partly because the conflict was not only about the exercise of powers of rulership. It was also about religion. Charles was married to a Catholic, and his desired vision for the Church of England was quite close to Catholicism in doctrine, practice, and structure. Many Protestants had, over the century since Henry VIII broke the Church of England away from Rome, grown accustomed to more progressive forms of worship – and dreaded being forced back to Catholicism, or to a church that was Catholic-like in all but name. Essex was a particular centre of progressive religious views, because of its busy trade with the Low Countries. And this trade meant that it was also a particular centre of wealthy bourgeoisie: reluctant to submit to the authority of either bishops or monarchs.

So, what does this mean for the worldview of the people of High Verley? They are generally pretty happy that the King’s attempted overreach has been defeated, and that they will be allowed to worship and to go about their business without interference. There have been no battles in this part of the country, but some of them may have had military experience in the war – the Parliamentary troops were all volunteers, from places like Essex that supported the cause – or may have lost family members in battle. Or may have loved ones still away with the army.

At this point, nobody is talking about getting rid of the King altogether – not even the most radical. It is expected that the end of the war will be wrapped up quite quickly now, and that Charles will learn his lesson and will occupy the throne in a sensible manner from now on.
​
Parliament’s authority is accepted as wide-ranging. Its members are voted for by the local men of property: they raise taxes, build roads, facilitate trade, and send out judges from London to conduct trials (all serious offences are dealt with in this way, at the Colchester assizes, which happens every few months). Someone like Matthew Hopkins, who has been appointed by Parliament to carry out his witchfinding duties, would receive automatic respect: even from those of the highest local status.
​